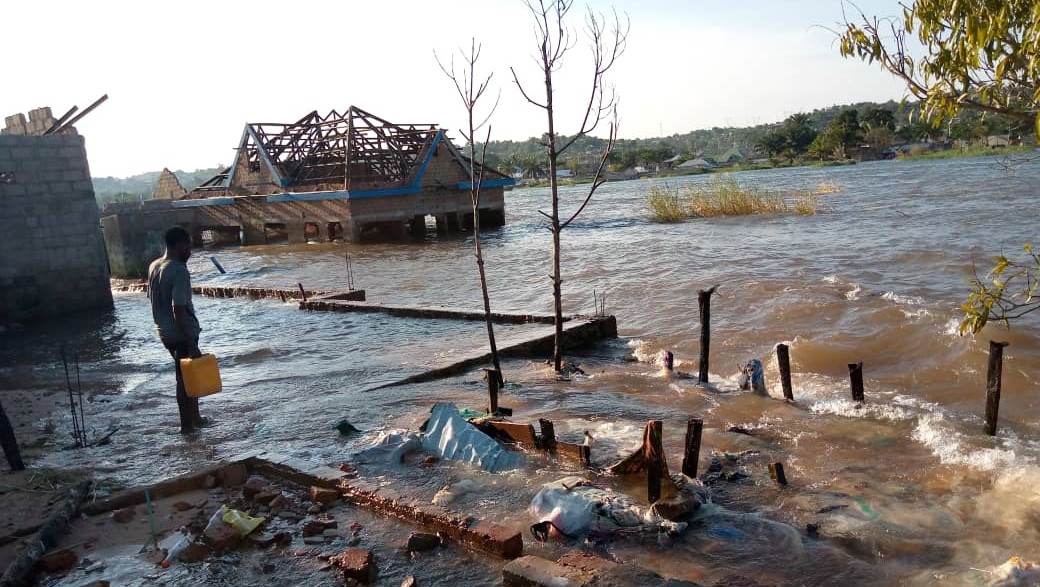 The rise in water levels of the Lake Tanganyika has been happening over the past one year, and remains at a high level. In all the coastal towns, the situation is almost similar: flooding; destruction of houses and other infrastructures; disappearance of beaches; and destruction of vegetation. In addition to the material and human damage, fishing activities have also been affected as many fishing villages and landing sites have been heavily impacted.
For the in-depth analysis of the spectacular rise of the waters of Lake Tanganyika, whose consequences are incalculable, a delegation led by Mr. Tusanga Mukanga Sylvain, Executive Director of the Lake Tanganyika Authority has undertaken a field mission to Kalemie.

The Regional Director for Environment of this regional organization, alongside Burundian senior officers representing the Ministry of the environment, agriculture, and livestock, are part of this mission.

The delegation will look at the situation prevailing at the outlet of Lake Tanganyika, which is the Lukuga river. This delegation was received in the audience by Mr. Samba Kayabala Moni, Vice Governor of Tanganyika, to whom they explained the purpose of the mission.

The Executive Director of the Lake Tanganyika Authority welcomed the exchanges with the provincial authority for their commitment to solving the situation which today makes several households in Kalemie as well as in the territory of Moba extremely vulnerable.

Mr. Tusanga Mukanga Sylvain said that this mission, which began with a visit to the public port of Kalemie and the Lukuga river, will also   engage with different sections of the population as well as the state services assigned. The objective is to gather information needed to make informed decisions about mitigation measures or adaptation mechanisms.