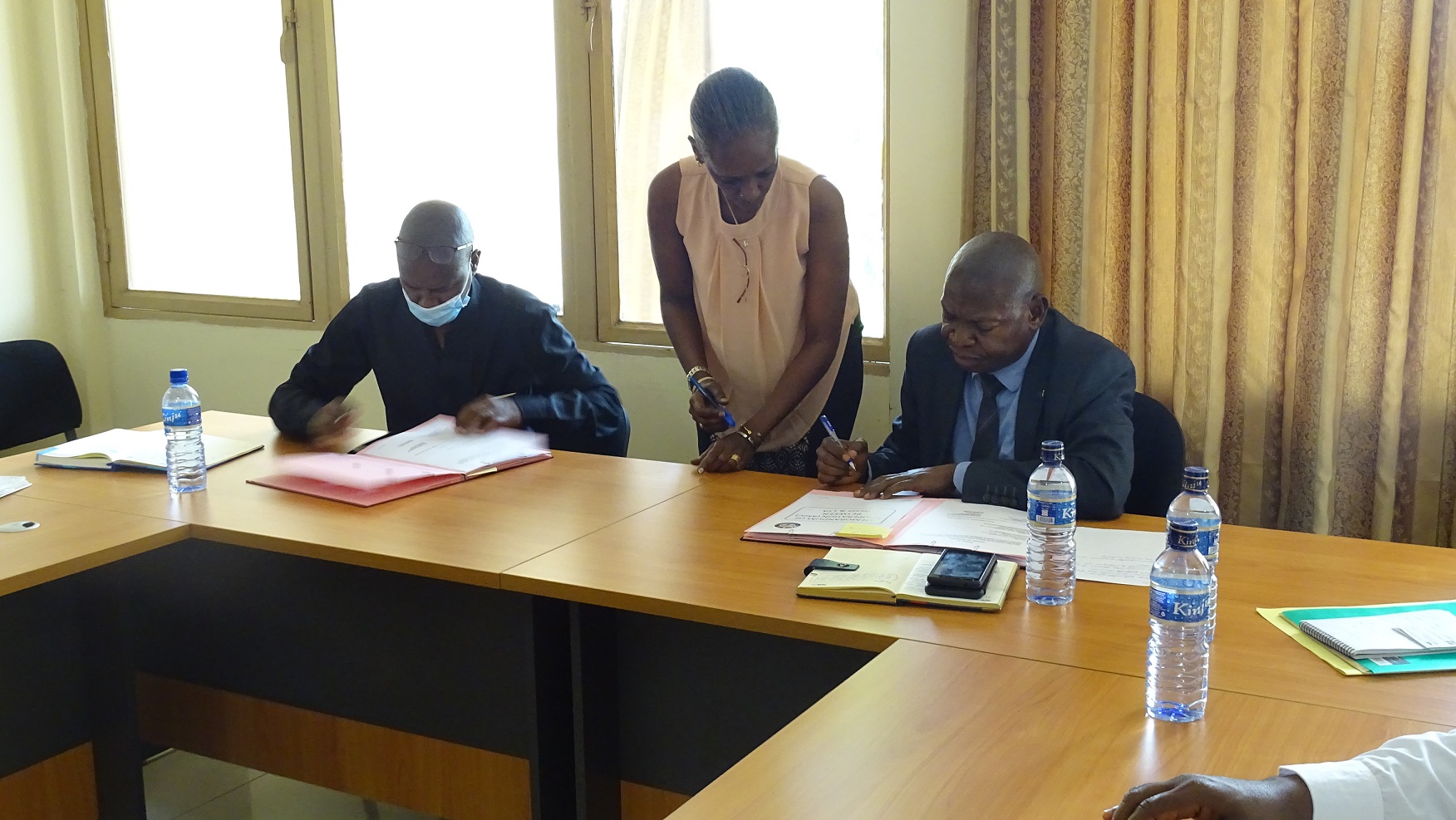 On Wednesday 3rd August 2021, the Lake Tanganyika Authority and the Inter-Governmental Standing Committee on Shipping signed a Memorandum of Cooperation. The ceremony took place in the premises of Tanganyika Lake Authority with the presence of senior officials of these two institutions. The collaboration shall focus on enhancing the safety of life and property on the lake, carriage of goods, and environment-friendly regional trade. It will also emphasize control of oil pollution, environmental protection, ships and ports safety, security, research & statistics, etc.

The purpose of this Memorandum is to facilitate cooperation between the two parties concerning activities aiming at promoting and protecting members’ interests and advocating for best practices. As indicated, the collaboration should facilitate the inter-regional maritime, shipping, transport activities, and trade across Lake Tanganyika.

In his speech, Mr. TUSANGA MUKANGA Sylvain, Executive Director of the Lake Tanganyika Authority, said that ISCOS is already on the list of LTA partners. “The signing of the memorandum paves the way for more fruitful cooperation that will allow more projects to be developed to improve the well-being of the population”, he added.

ISCOS Secretary-General Daniel M. Kiange also welcomed this collaboration. He said that two experts from ISCOS have already been appointed, as part of a Working Group, to work with a team from LTA to focus on identifying medium and long-term actions to be jointly implemented by the two organizations under this Memorandum of Cooperation. The secretariat of ISCOS is in Mombassa Kenya. The signing of this memorandum is the first step in the visit of the ISCOS delegation continuing its visit to Burundi.